The Women and the Queer History Behind Pot Brownies 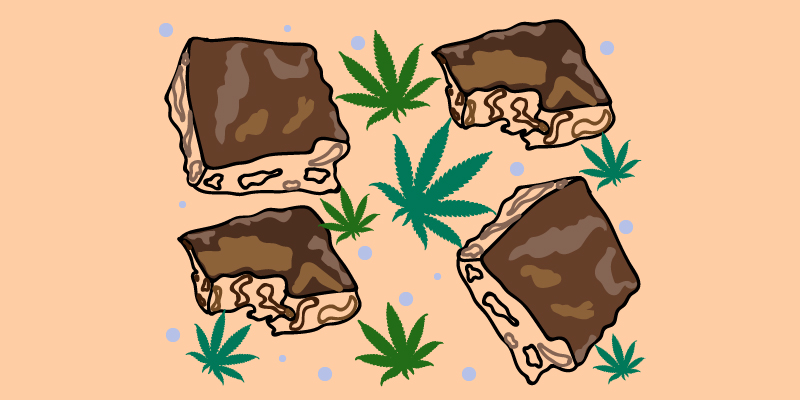 Pot brownies are one of the most, if not the most, notorious edibles known to stoner culture. The use of edibles in religion and for pleasure has been around for centuries. What is less known is that it wasn’t a popularized recipe until a queer woman in the 1950s published a recipe for “Hashish Fudge,” and just like that, the iconic stoner treat had its start in the United States. But it wasn’t until the 1980s, with the help of an LGBTQ+ ally, that the pot brownie as we know it was engraved into pot culture and our hearts.

When Alice B. Toklas moved to Paris at the age of 29 from San Francisco, five months after the 1906 San Francisco earthquake, I doubt she imagined she was going to find her life partner the day after she arrived. But she did when she met Gertrude Stein, an American writer, and art collector also living in Paris (yes, that Gertrude Stein). They lived together hosting expat writers and avant-garde artists in their home for almost four decades. While Stein wrote, Toklas acted as her muse and confidant. So much so that Stein wrote a book in 1933 titled “The Autobiography of Alice B. Toklas,” which ended up becoming her bestselling book. They remained a tight unit until Stein’s passing in 1946. When she died, she left a large portion of her estate and many high-value Picassos to Toklas. But like many queer partnerships before the protection of federal laws, Toklas’s and Stein’s union wasn’t recognized legally. Which made it a cakewalk for Gertrude’s family to swoop in like a kettle of vultures and take those valuable pieces from Alice’s home while she was on vacation. 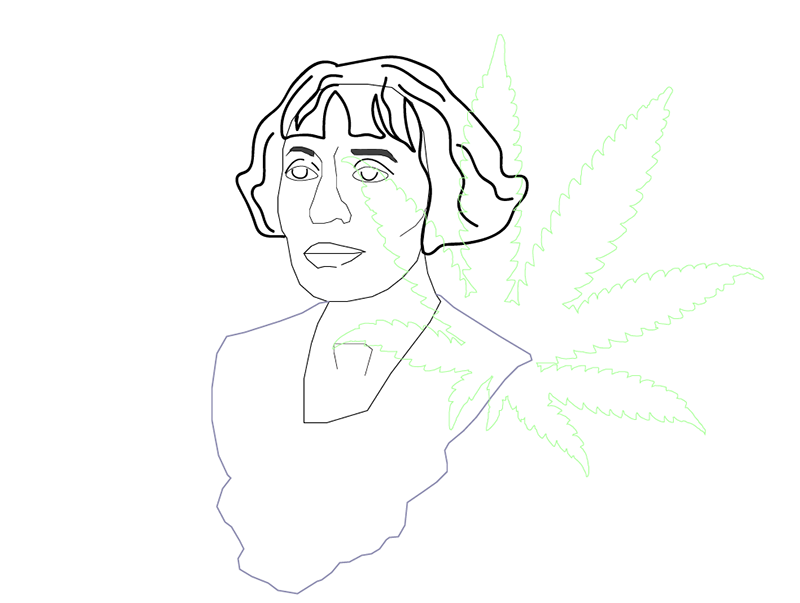 Alice B. Toklas Illustration by @dmblunted

This forced Alice to ask friends for money and scramble for new streams of revenue. And that’s how we got, “The Alice B. Toklas Cookbook,” filled with memories and recipes from friends. One of those recipes, a Moroccan inspired “Hashish Fudge” came from her close friend Brion Gysin. After the obvious shock and backlash, Harper’s, the publisher, pulled the recipe from the US print, but the media and the public weren’t done with hashish fudge. The pot brownie prototype frenzy quickly propelled the cookbook to bestselling heights and even immortalized Toklas’s last name in pot culture. Ever wonder where the term “toke” came from? Look no further than Alice B. Toklas. Even though there is no evidence that Toklas used this recipe, it doesn’t take away her place in cannabis history. 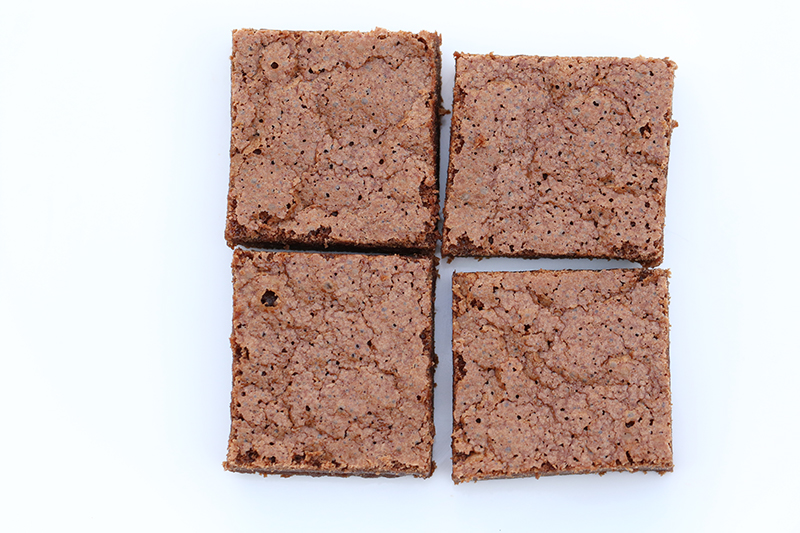 40 years after Alice B. Toklas hit cookbook was published, Mary Jane Rathbun (yes, that’s her real name) was working in a San Francisco IHOP, perfecting her pot brownie recipe in her free-time. Rathbun soon began selling her “magically delicious” brownies on the streets of San Fransico’s gay district, Castro – quickly gaining her notoriety in the city. A few years into her sales and Rathbun began to notice the health benefits of her cannabis-infused pastries for her chronically ill customers. Mind you this was during a time when the United States government had waged a war against its LGBTQ+ community by not speaking out on the HIV/AIDS epidemic that was devastating the community. With Nixon going out of his way to ignore the issue, it was left to the LGBTQ+ community and its allies to take care of one another. And that’s where “Brownie” Mary Rathbun came in. Soon after she realized how her brownies could help the ailing, she started showing up at her local AIDS and wards, brownies and fresh pots of coffee in hand. And even though she had retired from her job at IHOP, she used her $612 Social Security check to supply the sick with edible medicine. But just like with anything good in life, the police caught wind of Rathbun’s charitable deeds and wanted to put an end to it. 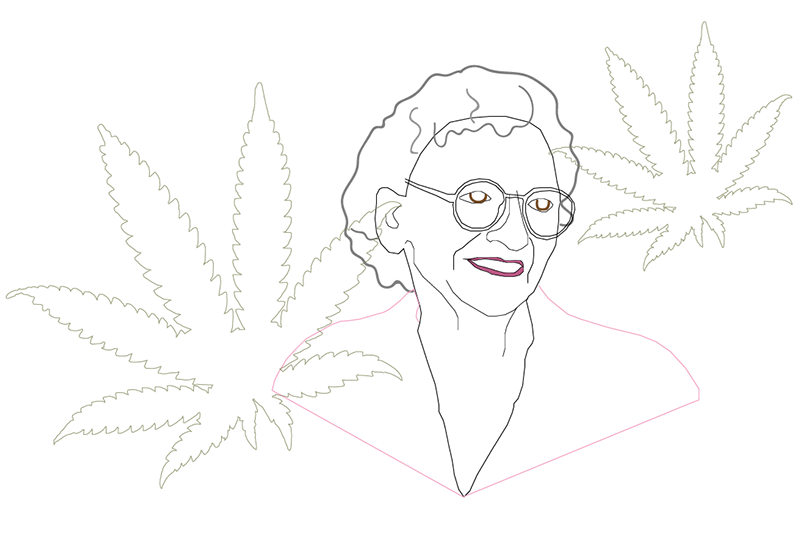 So in 1981 Rathbun’s public-housing apartment was raided, where police found 18 pounds of high-grade cannabis, 35 pounds of margarine (which Mary would let the public know it was butter and not margarine), 50 pounds of flour and sugar, 22 dozen eggs and 21,000 sq ft of plastic wrap. At the age of 57, Mary Jane Rathbun was arrested for the first time. Rathbun received national news and the mercy of the judge in charge of her case and was let off with 500 hours of community service. Many of those hours she spent at gay thrift stores, soup kitchens and a hospice center called the Shanti Project. Ten years after her arrest and Rathbun was still selling brownies but was even more involved as an advocate and an ally to the cannabis and LGBTQ+ community. In 1991, her work with gay cannabis advocate Dennis Peron, came into fruition when Prop P was passed with 80% of the San Franciscan vote, Which made it the first MMJ law in the United States. A year later and Peron and Rathbun opened the first public dispensary in the nation, The Cannabis Buyers Club.

The pot brownies history is as deep and rich as it’s flavor, and it’s important that we acknowledge the reasons of who and why we’re able to enjoy this infused delight. Because behind every one of these stories lies the LGBTQ+ community. Toklas didn’t just publish a best selling cookbook she also founded the United States first LGBT Democratic Club. Rathbun dedicated her life to aiding the LGBTQ+ community in San Francisco up until her passing in 1999. These women used their lives to uplift the LGBTQ+ community, so shouldn’t it be innate for the cannabis community and industry to do the same? 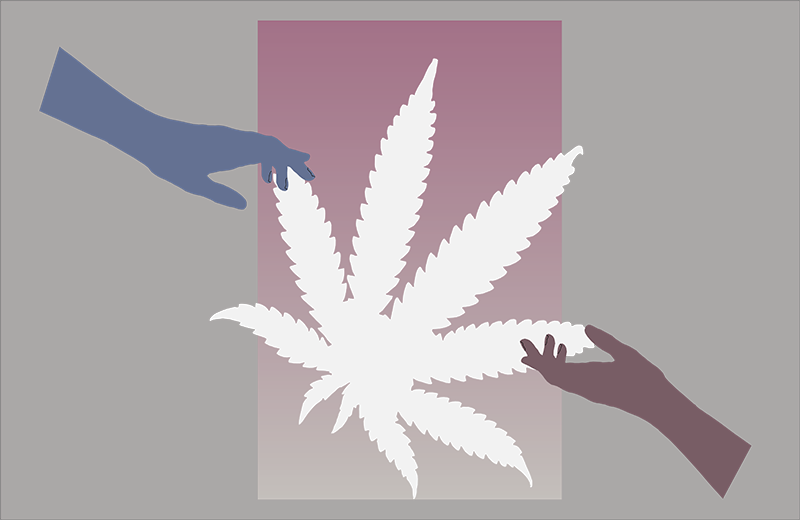 Right now, as you read this,  LGBTQ+ rights are being slowly and painfully stripped away. Our black trans sisters are being murdered in the streets with no justice. And in 2016 58% of all Black folks diagnosed with HIV were either gay or bi men. Being an ally doesn’t just stop at rainbows and Pride, there are 365 days out of the year where you should continue to think about our community. It goes beyond gender or sexual identity, it’s about privilege and using yours to help others with it. Do.Your.Part.

Shop Kush Queens Pride Collection and 20% of all  sales will directly benefit Trans Lifeline; a national trans-led 501(c)(3) organization dedicated to improving the quality of trans lives by responding to critical needs with direct service, material support, advocacy, and education.